A little alchemy mixed with wine, wood and time makes Balsamic vinegar. Originally made and sold as a medicine in the Middle Ages in the form of a tonic it was used to “heal, soothe and restore”. You can imagine medieval traders shouting out promises of the healing powers of their bottles at markets in Northern Italy. Rather like a port after a heavy meal, a small glass of balsamic was said to aid digestion for ladies or even to assist virility for men! It might not have cured anything but I am sure it tasted better than most other medicines of the day.
Since then trade in balsamic vinegar grew slowly until the 1970’s, that was when it hit our shores and the US. Now we import tons of it every year and despite its vulgar overuse in 80’s and 90’s we have never really tired of it and I doubt we ever will. We scatter it liberally over salads, use it with olive oil for dipping bread, pep up sauces and gravy with it.
Customers in our cookery school always ask us how to choose a good one; our advice is to look carefully at the label:- 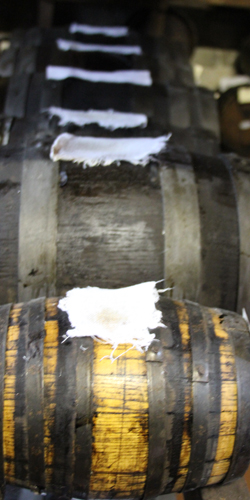 How it is made
Balsamic vinegar is made from cooked must, which is the residual skins and juices left from winemaking. It is usually made from white grapes such as Trebbiano or Spergola but red grapes such as Lambrusco can also be used.  We went to see Alberto Medici from Medici Ermete who makes a world class Lambrusco which is delightful to drink. With the skins leftover from his winemaking he makes traditional balsamic vinegar which is then validated and bottled by his local consorzio.
Alberto showed us his where the vinegar is stored for years.  He refers to the first room he showed us as the nursery where the young balsamic vinegar is started. It is a tradition for a series of barrels to be started when a baby is born. We saw the ones for his children which are now almost ready to use. From a starting point of 200 litres, over 12 years this becomes 2 litres so you can see why it is such an expensive commodity.

The must is cooked with sugar and a culture of bacteria, which will break down this mixture and alter its flavour, so that it reduces by 50% this is called the “saba”. This is then allowed to become a sort of wine through alcoholic fermentation and the yeast in the barrel and in the acetaia, the natural yeast in the grapes is killed by the cooking.  At this point the barrels are moved out of the nursery and into the “acetaia” upstairs. It is a small room that can never be heated (one of the stipulations from the consorzio). It smells of wine sodden wood. Here the must goes through acetic fermentation as it is aged in a series of barrels made from at least five different woods such as oak, chestnut, cherry, juniper, ash and mulberry. The water from the mixture evaporates over the years as the vinegar reduces in volume and each barrel is topped up from the next one, starting with the smallest and working up to the biggest. As the process goes on the consistency thickens. Each barrel imparts a different flavour to the vinegar and you can taste this woodiness on the palette. After twelve years, it can legally be called balsamic vinegar “Aceto Balsamico Tradizionale” and the age will normally be stated on the bottles. 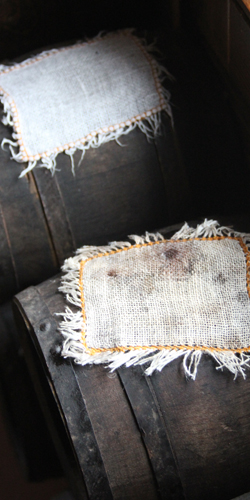 It must be over twelve years old, can be thick and viscous and also incredibly expensive! Use this one for dressing food after it is cooked, for example steak or tuna or pouring gingerly over vanilla ice cream or fresh strawberries. It is also classically dripped over hunks of Parmesan cheese. Balsamic vinegar can be up to 120 years old but I have never tried that. Alberto Medici’s 30 year old is the most mature every to hit my lips and it was mind-blowingly good. As he poured some onto a plastic spoon (metal can alter the taste) it was so thick it formed a line between bottle and spoon before slowly transferring itself between one and the other.  At first the taste was sweet as it coats the tongue but that is quickly hit with perfect acidity to balance. I reckoned it cost £5 for every teaspoon but the flavour is so intense actually a few drops were enough.

There are often good vinegars produced outside the designated region that have to be called Condimento Balsamico, rather than Balsamic Vinegar, and you might also see Salsa Balsamico or other invented titles.  These are not submitted to the Conzorio for inspection. The Italians could win prizes for their rather complicated beaurocracy and while the PDO system keeps their heritage alive and promotes such respect for their traditionally-made produce, it can sometimes seem unfair on those people who produce good quality food outside the specified region of the PDO. We use such a vinegar called Dodi in our school and in the restaurants, it is sweet, savoury and does the job perfectly for an everyday balsamic.
Cheaper balsamic vinegar that does not possess the thick consistency and flavour of an aged one should be used for cooking and can be sweetened and reduced over the heat with an addition of sugar. This is known as a balsamic reduction.
Whatever balsamic you choose make sure you use it according to its value and flavour – something about it being good for you, promises of market traders??.
If you’re in Modena you can visit the Consorzio Produttori Aceto Balsamico Tradizionale di Modena, Corso Cavour 60. Telephone: 059-242298 (www.balsamico.it). 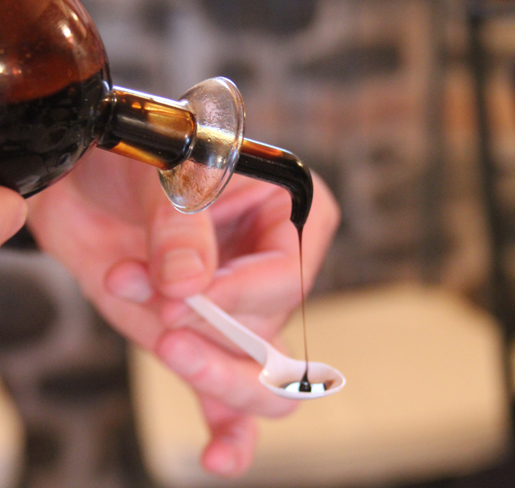