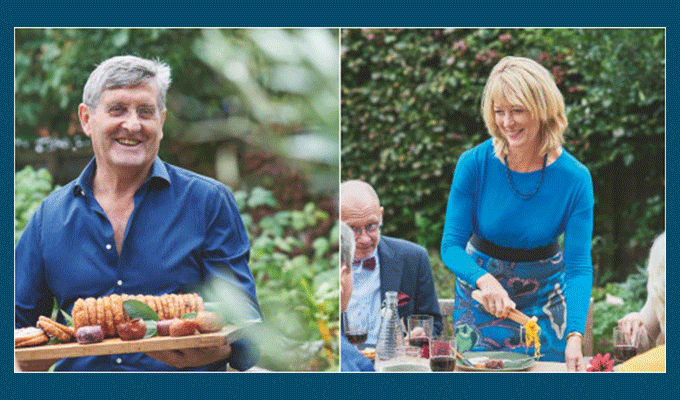 Our Journey into Low-Carb Living

It wasn’t until it was all over, I knew how bad it was. I fell for the bright, bouncy, crazy Italian who was full of energy, fun and impetuous enthusiasm 21 years ago. We opened restaurants together, travelled back and forth to Italy to collect knowledge and recipes. We wrote a book, I learnt to speak Italian, we worked hard, cooked, made a TV series, wrote 11 more books, had two children and got married.

Around 10 years ago Giancarlo’s enthusiasm slowly dwindled, both of us were overweight and he was always tired. I was testing recipes and writing and bringing up the boys, he was working all hours. Giancarlo would come in after a shift and devour the fruit bowl; two bananas, a whole melon and several oranges. Or he would cook pasta – a huge saucepan full of it, he was so hungry he sat down with a fork and ate it straight from the pan. If he didn’t eat within minutes of arriving home, he was a bear in a rage. While driving he would eat raisins and at each garage stop, he would buy biscuits. I began to recognise these mood swings and I knew he had to eat. Hunger and anger equals hangry man.

His weight gain worsened particularly around his waist and if he wasn’t eating, he was sleeping. He drank bottles of sparkling water to quench his constant thirst. He stopped playing football with the boys as his feet hurt. Even a family walk or trip to the sea was too much; he would sit out and not join us. He developed gout and arthritis. My crazy, fun Italian had become a fat, grumpy man on the couch snoring. Does this sound familiar to anyone?

One day Giancarlo was driving, and his eyesight became blurred. He was able to pull over safely, but it scared him. He felt dizzy and unable to focus. Sensibly he went straight to the doctor, a private one, as it was a weekend. Within days Giancarlo was told he had Diabetes Type 2.

Apparently, he was displaying textbook symptoms of the disease and we were completely unaware. Although his HBA1C rose to 79 mmols (normal levels are below 42 mmols) he was never given drugs to help with this, but we are very glad about that now.

Worried about my own weight and bloated tummy I gave up gluten. Giancarlo decided to do the same. I felt no difference and yet after just 3 days he said he felt amazing. We both noticed the arthritic swelling of his fingers had visibly reduced and felt clearer in his mind. Banning the gluten meant he had to abandon the pasta, cakes and biscuits. Luckily, he didn’t like most of the gluten-free alternatives. Inadvertently Giancarlo and I were going “low-carb” even though we had never heard of the phrase. We were eating more vegetables, eggs, meat and fish and less of the beige foods. Both of us lost weight.

To confirm whether Giancarlo was gluten-intolerant we went to see Jenny Phillips, a well-known nutritionist in our area (inspirednutrition). Her tests revealed he reacted very badly to gluten and she advised he should be scrupulous in banning it from his diet for good. It was shocking to hear but we knew she was right. Knowing Giancarlo was diabetic she told us to look at the website www.diabetes.co.uk  and www.lowcarbprogram.com.

This was a turning point for us. Low-carb for us both and gluten-free for Giancarlo was the way forward, we both managed to get our weight down easily. At the time we were commissioned to write Around the World in Salads and this way of eating the full rainbow of foods available chimed with our new lifestyle. Within 18 months and 3 stone lost in weight, Giancarlo’s diabetes type 2 is in remission.

Both of us are passionate in wanting to share Giancarlo’s story and spread the word through a series of books to show people that you can help yourself back to the path of health and away from this condition without drugs. In order to explain the science we have teamed up with Jenny Phillips and well-known low-carb GP Dr David Unwin while we have loved creating recipes that satiate and are easy to produce.

Our current books are The Diabetes Weightloss Cookbook – a life-changing diet to prevent & reverse Type 2 Diabetes which we followed with The Reverse Your Diabetes Cookbook  both of which are Amazon bestsellers and are available online and in all good bookstores.  We’re currently working on our third low-carb cookbook and this will be available in early 2021.

We are so grateful to everyone who helped us on this journey back to health. Giancarlo feels great and I have a new slim husband full of energy and fun once more. Roll on the next 20 years! 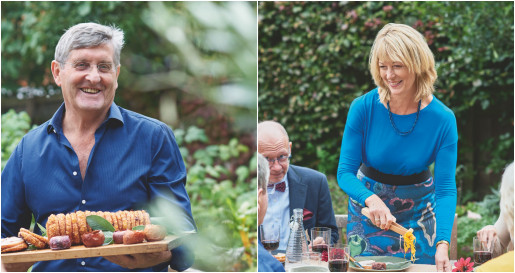