Magic Muffins and the Low-Carb Low-Down… 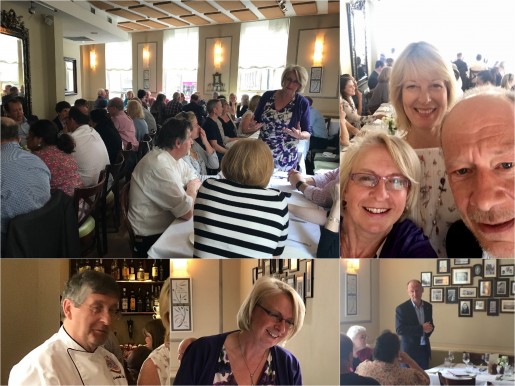 As part of our Sunday Sessions at Caffe Caldesi we’ve been running a series of foodie talks and feasts, the most recent of which was an exploration of the benefits of cutting out the carbs.
We were joined by TV’s ‘Low-Carb GP’ Dr David Unwin and his wife and psychologist Dr Jen Unwin for a ‘Low-Down on Low-Carb’ eating. Also on hand to give expert advice was Jenny Phillips, author and nutritionist, who explained how we should “nourish to flourish”.
In 2011 my husband Giancarlo was diagnosed with Type 2 Diabetes, it was a complete shock and we knew nothing about the condition. We struggled to reduce his portions of food and cut back on sugar but he actually worsened and his blood sugar levels rose. He was overweight, tired all the time and felt terrible.
In 2014 he was diagnosed with a severe gluten intolerance by Jenny. He felt like his world of food and everything he loved was forbidden and although determined to fight he was very low. No pasta, no pizza, no choux buns or bread for an Italian man! What we didn’t realise is that this diagnosis would probably save his life.
Inadvertently we were following a low-carb diet as he cut out everything that contained wheat. At this time we had just been commissioned to write our book about salads which meant we were constantly testing recipes based on leaves and vegetables. Giancarlo’s weight started to plummet and his new gluten-free diet meant he felt so much better, he was less tired, the arthritis in his fingers and his psoriasis went.
Online I came across a world of low-carb eaters and most importantly low-carb eaters who were diabetic and who had turned their conditions around. Through the site diabetes.co.uk I became familiar with the names of Dr’s David and Jen Unwin who run a clinic to support diabetics and people with other conditions who can be helped by a low-carb diet from his GP practice in Southport.
David has appeared on BBC news and Channel 4’s Food Unwrapped and is frequently featured in the national press. As an advocate for low carb eating, he has carried out many years of clinical research on the subject and recently presented his findings to Parliament.
Giancarlo and I follow a fairly low-carb diet treating ourselves to our favourite pasta and a slice of bread every now and again. Now six years on from Giancarlo’s first diagnosis of diabetes, he has lost 2 ½ stone, his HbA1c (blood sugar) levels have dropped from a staggering 79 mmol/mol to just 38, he is within the normal range and his diabetes is in remission.
The sold out event was a massive success, we were staggered by the attendance and the interest in this way of life. It was easy and fun to create a low-carb Italian feast and with the expertise of our honoured guests we all enjoyed a fantastically educational experience. 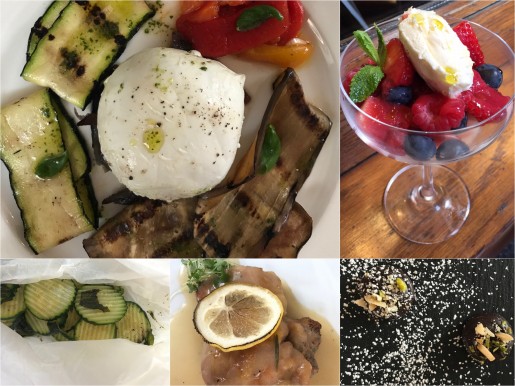 Such was the success of this particular event I’m very sure there will be further collaborations between us and we’ll be soon be adding more low-carb dishes to our menus along with the LC symbol to identify them.
On the day, many people asked us for breakfast ideas so here is one from Katie Threlfall, a patient and member of Dr Unwin’s low carb group:-
Low-carb almond muffins
This is a perfect breakfast or easily-carried lunch to take to work, according to Katie, who apparently eats one EVERY day. You can make them sweet (no sugar but the natural sweetness of apple and the vanilla flavour) or savoury.
The muffins can be eaten just as they are or topped with cream cheese, crème fraiche or almond butter, berries or roasted vegetables to make them into more of a meal. They are now a family favourite in our house since we used to like making mug cakes but they were always full of flour and sugar. This version means we can all the fun of a hot cake but less of the carbs.
Makes 1 standard sized mug cake
1 egg
Knob of melted butter or 2 teaspoons coconut oil or olive oil
50g or ¼ cup ground almonds
Half a grated apple or pear or half a courgette, coarsely grated
Half a teaspoon baking powder
Half a teaspoon vanilla extract and/or pinch of cinnamon or mixed spice or 1 teaspoon cocoa powder or use pinch of salt and pepper if you are making a savoury version
Mix the egg and melted fat together. Add the ground almonds, baking powder and spice, if required. Add the fruit if required. Mix well. Put in a small microwavable pot or mug and microwave on full-power for 3 minutes. They can be cooked in the oven for 10 to 15 minutes at 180oC fan and you can even cook lots at a time in a cupcake tray. 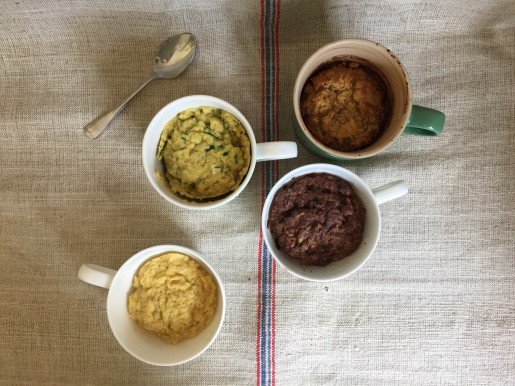 For the savoury version, substitute grated carrot or courgette for the fruit, add pepper and salt, mixed herbs and some Parmesan to the mix instead of the spices. If you make the mixture in a square container it can then be sliced in two to make a sandwich. 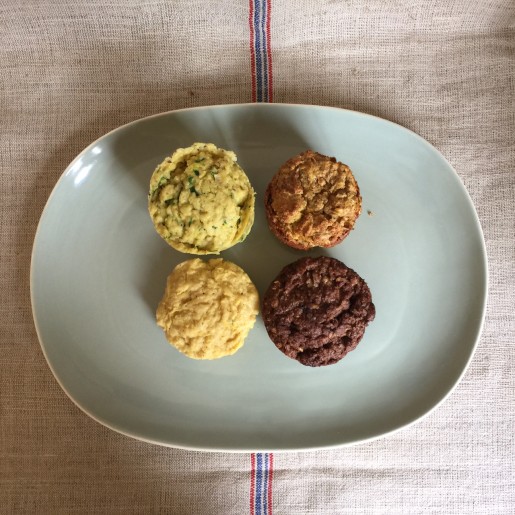 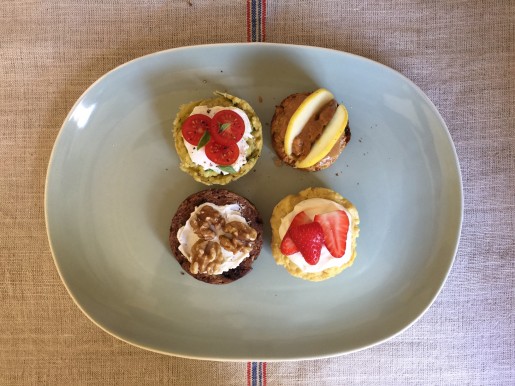 For more recipes like this check out the Low-Carb and Healthy Eating courses we run at La Cucina Caldesi click here for more details.
Want the latest news, recipes and offers? Click here to sign up to our regular newsletters.